Schedule
BBC Radio 4
The Syrians and the Kindertransport
Main content 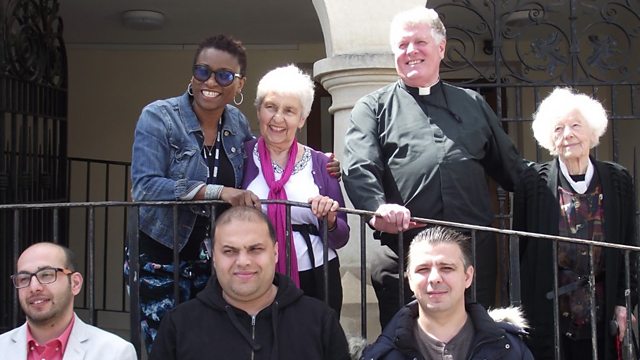 The Syrians and the Kindertransport

Ruth and Lia were smuggled to Britain as Kindertransport refugees in the 1930s. Louai and Murad fled Syria three years ago. Nikki Tapper hears their stories in Birmingham.

Ruth is 98 and Lia is 88, and they are both Jewish. Louai and Murad are in their 30s and are both Muslims. Despite those obvious differences, these four people have much in common – especially their experience of having to flee the countries they grew up in because of war. They all miss the countries they left behind but, at the same time, they love their new home and are determined to make a life for themselves and their families here.

Ruth and Lia have done that, and share how they did it. Louai and Murad are at the beginning of that journey. With support from the people of Birmingham, we hear how.

Ruth came to Britain via a private scheme that was a forerunner to what eventually became known as the Kindertransport. Arriving in Oxford, she worked first as a milkmaid and then moved to Birmingham where she trained as a nurse. “One good thing about refugees,” she says, “is that we think outside of the box. The worst thing about being a refugee is that you can’t make any plans.”

Lia was eight when she made the journey from former Czechoslovakia to Britain in 1939. Like Ruth, she trained as a nurse in Birmingham – a job she did for 45 years. “In a way, I feel lucky,” she tells the two Syrians. “I lost my family in the Holocaust, but I didn’t see it happen, whereas you actually saw your loved ones being killed.”

In Syria, Louai was a vet. “We had a very nice life,” he says, “but it all changed overnight. My father was injured and our house was burnt down. We struggled for a year, but what finally made us decide to leave was when my brother was killed. He was only 19.”

Louai is now a bus driver in Birmingham, on the bus route Ruth uses to travel to the synagogue she attends every week. “The word ‘home’ is not just about a place,” he says. “It’s about the people around you. This is what we lost in Syria, but we’ve found it here.”

Murad and his wife were both teachers in Syria. “Our children were all born in different countries,” he says. “One in Syria, one in Jordan, and our youngest is a Brummie.” Murad first met Louai at the airport in Jordan, when both were en route to starting their new lives in Birmingham.

Nikki Tapper hears Ruth, Louai, Lia and Murad describe what they left behind and the imperative to get out of one place and settle somewhere else. We also hear from Reverend David Butterworth and Rabbi Dr Margaret Jacobi who have campaigned for Birmingham to welcome refugees.