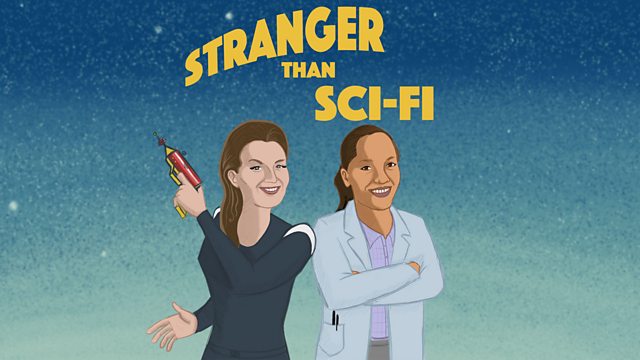 Starting with the latest books and films, they discover real life science that sounds too strange to be true - from babies grown in bags, via black hole Jacuzzis, to flowers that behave like our ears.

In this episode, they tackle the question everyone wants to know the answer to – can we bring the dinosaurs back to life? They talk to the journalist Britt Wray about the surprising origin story for the book Jurassic Park. Then they dive into the world of de-extinction research and find out why there is a group of scientists who focus all their time on reviving extinct species.

They ask if we might soon see woolly mammoths roaming the Siberian steppe once again. What are the potential pitfalls of resurrecting the dead?

See all episodes from Stranger Than Sci-Fi