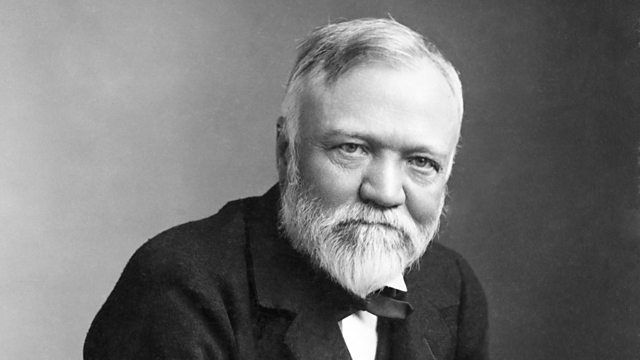 Gordon Brown on The Gospel of Wealth

100 years after his death, Andrew Carnegie's guidebook remains popular with today's billionaire philanthropists. Gordon Brown asks if they are fulfilling his legacy.

This is the radical conclusion of the world's greatest philanthropist, Andrew Carnegie, in The Gospel of Wealth.

On the centenary of Carnegie's death, Gordon Brown asks if the principles for philanthropic giving set out in this radical pamphlet are still relevant today.

In the hundred years since his death on 11th August 1919, Carnegie is perhaps at his most influential now, with initiatives such as the Giving Pledge, founded by Bill and Melinda Gates and Warren Buffett, seeing Silicon Valley billionaires sign up to give away half their wealth during their lifetimes.

But Andrew Carnegie set the bar high, saying you must give away all of your wealth before death and you should dedicate yourself to this duty, rather than delegate responsibility to others.

In the Gospel, he outlines the spheres he deems most worthy, with education at the top of his list. Carnegie invested heavily in libraries and universities, believing this was the best way to help people help themselves. As UN Special Envoy on Global Education, Gordon Browns asks why education is perhaps no longer viewed as the most important means of addressing the world's greatest challenges, and makes the case for reinvigorating the cause Carnegie stood for.