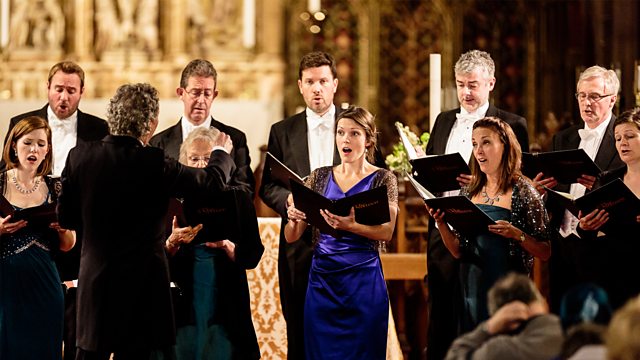 Harry Christophers and The Sixteen

The Sixteen, conducted by Harry Christophers, sing music by Italian and Portuguese masters of polyphony, including works by Lotti, Scarlatti and Melgas, live from Edinburgh.

11:40
Interval:
Sir Mark Elder conducts The Halle orchestra in Elgar's The Wand of Youth (Music to a Child's Play) - suite No. 1 Op. 1a