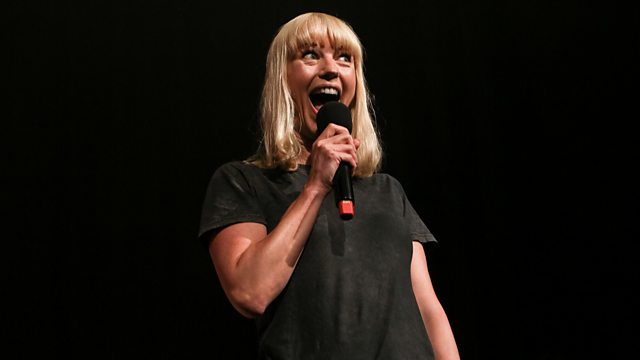 All Request Friday live from Edinburgh

Sara takes your calls for a special All Request Friday live from the Edinburgh Festival with special guests James Morrison and Midge Ure, taking requests from you!

Sara takes your calls for a special All Request Friday live from the Edinburgh Festival.

She'll be joined live on stage by James Morrison and Midge Ure, both taking live requests from listeners at home and the live studio audience. Plus all the usual requests from you - whether you're off on holiday, out on the town, or driving home to kickstart the weekend.

James Morrison is a Brit-award winning singer-songwriter whose hits include You Give Me Something, Wonderful World and Broken Strings. James released his fifth album, You're Stronger Than You Know in March this year, featuring a duet with Joss Stone.

Midge Ure is an 80s icon, best known as the frontman of Ultravox, as well as his solo material and working with Silk, The Rich Kids, Visage, and, for a short while, Thin Lizzy. He also co-wrote Band Aid's Do They Know It's Christmas and helped organise the fundraising Live Aid concerts.

Every year during the month of August the city of Edinburgh becomes home to several cultural festivals - including the Edinburgh Art Festival, the Edinburgh International Festival and the Edinburgh Festival Fringe - which itself is the world's largest arts festival with an expected 55,000 performances in over 300 venues.

How did that get there?

See all episodes from Sara Cox