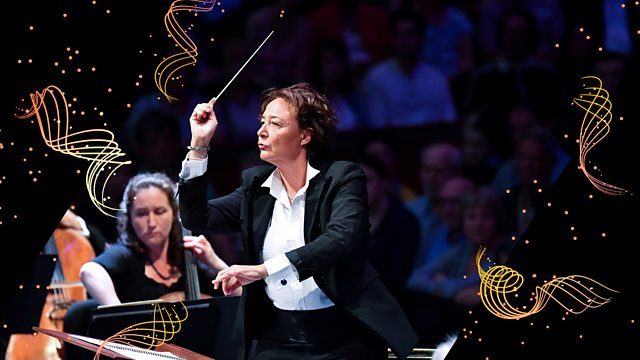 Live at the BBC Proms. The BBC National Orchestra and Chorus of Wales and Nathalie Stutzmann with Fatma Said, Kathryn Rudge, Sunnyboy Dladla and David Shipley in Mozart's Requiem.

Love and loss, life and death collide in an emotionally charged concert given by Nathalie Stutzmann and the BBC National Orchestra and Chorus of Wales.

Turbulent shifts of mood characterise Brahms’s Tragic Overture, and their ripples continue through the Prelude and Liebestod from Wagner’s powerful operatic exploration of forbidden love, Tristan and Isolde.

At the heart of the programme is Mozart’s Requiem – the composer’s final work, left unfinished at his early death, and his own musical epitaph. Soloists include former BBC Radio 3 New Generation Artists Fatma Said and Kathryn Rudge.