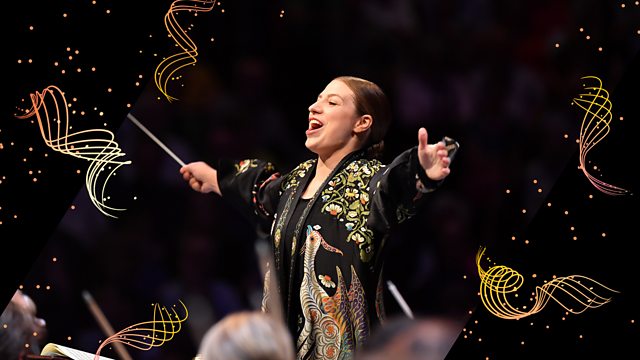 Live at the BBC Proms. Dalia Stasevska and the BBC Symphony Orchestra in Sibelius's Karelia Suite, Tchaikovsky's Symphony No 6 and, with Sol Gabetta, Weinberg's Cello Concerto.

c.08.10
Interval:
Proms Plus Talk: Shahidha Bari presents readings of Tchaikovsky’s letters, many of which were suppressed because of what they revealed about his sexuality. She is joined by composer Rolf Hind. Recorded earlier at Beit Hall, Imperial College.

Tchaikovsky: Symphony No 6 in B minor, 'Pathétique'

Cellist Sol Gabetta joins them to celebrate the centenary of one of the 20th century’s great unsung heroes, Mieczysław Weinberg, whose Cello Concerto – premiered by Rostropovich in 1957, a decade after it was written – deserves a place alongside those of his great friend and colleague Shostakovich.