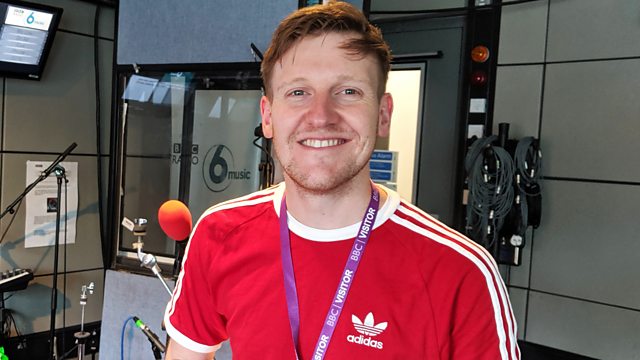 The Crucible, the music of Peterloo, Patrick Bronte and DA Pennebaker

Arthur Miller's The Crucible interpreted by choreographer Helen Pickett, the music of Peterloo, an exhibition about the father of the Brontes and the death of DA Pennebaker.

The Crucible drew inspiration from the paranoia and fear of McCarthyism - so we find out if a new Scottish Ballet production of Arthur Miller's classic is drawing on our own turbulent political times. Kelly Apter of The Scotsman gives us her verdict. The performance is part of the 2019 Edinburgh International Festival.

And two musical takes on The Peterloo Massacre. Folk trio Peter Coe, Brian Peters and Laura Smyth give us a live rendition of a song from their album The Road to Peterloo, which brings together broadside ballads from the time of the massacre. And right up to date Robin Richards, composer and member of the bands Dutch Uncles explain how his new work to mark a bicentenary commemoration of the massacre, From the Crowd, draws on a similar thread of first hand radical testimony.

The Reverend Patrick Bronte was ahead of his time, allowing his famous literary daughters to read freely and express their creativity. A new installation at The Bronte Parsonage Museum in Haworth has drawn inspiration from a period he spent in darkness recovering from a major eye operation. Bronte Society Creative Partner Frank Cottrell Boyce has worked with artist Jo Pocock, to illuminate the mundane objects of Rev Patrick Bronte's life to shed light on an underappreciated man.

Critic Tim Robey remembers the ground-breaking film-maker D.A. Pennebaker who has died aged 94. He is best known for the Bob Dylan documentary Don't Look Back, the 1973 film that captured David Bowie's final performance as Ziggy Stardust, and The War Room, his fly-on-the-wall look at Bill Clinton's 1992 presidential campaign, which earned an Oscar nomination.

Toni Morrison remembered, the Sound of Space in Music

Principal dancers from Scottish Ballet prepare for the world premiere of The Crucible at the opening weekend of the 2019 Edinburgh International Festival which takes place from 2nd to the 26th August.

How My Light is Spent installation at The Bronte Parsonage Museum

How My Light is Spent –  An installation devised by Frank Cottrell-Boyce (pictured) which combines light and sound, explores Patrick Brontë's memories and imagination as he recovered from his cataract operation at the Bronte Parsonage Museum