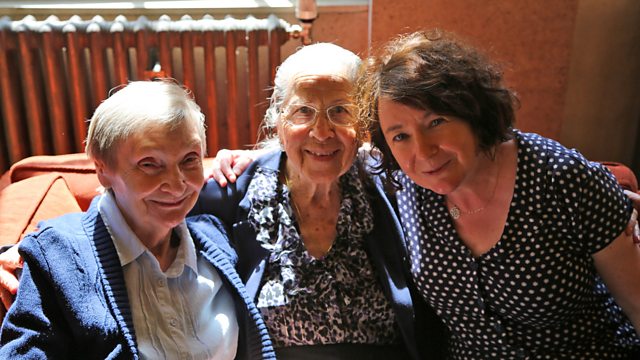 The Yardley Girls, Harassment of disabled women in public spaces

Homefront girls and the women who worked in the Yardley lipstick factory during the Second World War, breast milk donation, and wrestler Heather Bandenburg aka La Rana Venenosa.

Disability campaigner Dr Amy Kavanagh describes how she experienced harassment in public spaces when she started to use a white cane. Now she has started a project with Dr Hannah Mason-Bish, Director of Centre for Gender Studies at Sussex University to tackle the issue and the intrusions that she and many others face.

‘Beauty is your duty’ was an official propaganda campaign during WWII and the wearing of bright red lipstick seemed to be a patriotic duty and flash of glamour during tough times. While many factories and workers were commandeered for the war effort, the production of lipstick at Yardley’s cosmetics factory in East London continued apace. Kate Thompson’s latest book Secrets of the Homefront Girls features the lives and hardships of the women working in these factories. She joins Jane with two of the original Yardley Girls – Ann and Eileen.

What is breast milk donation and why are some people calling for it to be better funded? Jane talks to author Francesca Segal whose premature twins needed donated breast milk, about why the experience made her want to donate her own breast milk to repay the favour when her next child was born. Plus Dr Natalie Shenker, co-founder of Hearts Milk Bank, the UK’s first independent, non-profit human milk bank talks about the process and problems faced when dealing with donated milk.

Wrestler Heather Bandenburg aka La Rana Venenosa – Queen of the Sewer describes wrestling as her main vehicle of feminist resistance. She joins Jane to talk about its growing appeal and why she thinks more women should take it up. Her new book is "The Unladlylike: A Grrls Guide to Wrestling"

Hints and tips on helping your child settle into primary school.

See all clips from The Yardley Girls, Harassment of disabled women in public spaces (2)