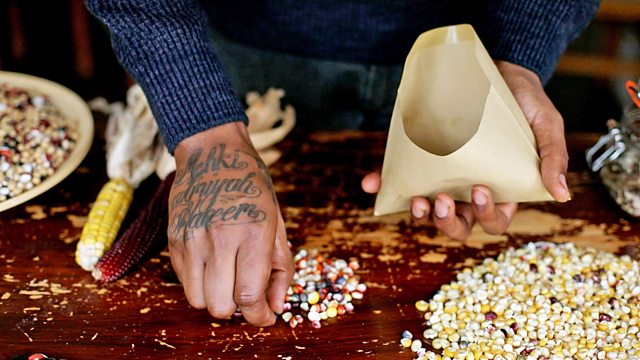 The Search for Esiah's Seeds

Dan Saladino tells the story Esiah Levy, who shared seeds and changed lives. On allotments and his mother’s garden he grew food, built a seed bank and sent seeds around the world.

It all started with a squash. Soon after he started to grow his own food he cut open a particularly delicious variety and discovered hundreds of seeds inside. He felt compelled to share them with people so they could enjoy the same experience. So began a mission to encourage anyone who would listen, where ever they lived, whatever their background, to grow their own food.

In his spare time and using allotments and his mother’s garden he grew food, built a seed bank and sent seeds around the world through . He created a project called SeedShare to distribute the varieties he selected, from corn to pumpkins, tomatoes to beans to fellow gardeners around the world, He also made friends with other seed savers including Vivien Sansour, a Palestinian woman who had created a seed library to save disappearing crops on the West Bank.

When Esiah Levy passed away suddenly and tragically young at the beginning of this year, Vivien set out to find out what had happened to the seeds he had shared and who had planted them.

Why did the chicken cross the road? How food became more than a comedy punchline