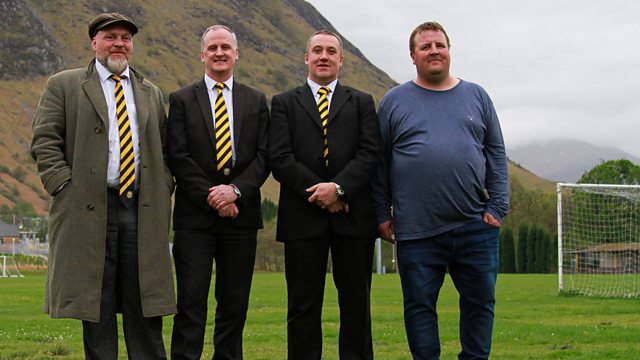 Follow Scottish Highland League, dubbed Britain's worst football team, in their first season under new management as they battle for survival and an elusive win.

Dubbed Britain’s worst football team, Fort William FC sits at the foot of Ben Nevis in the Scottish Highlands. Filmed during the new management’s first season in charge of the club, the documentary follows the struggles of the Highland League side on and off the pitch and the lives of the locals for whom the club means so much.

For a long time FWFC have been bad, really bad. Serial losers. They have finished bottom of the Highland League (the fifth tier of Scottish football) for 14 of the past 20 years. The team has not won a match for a very long time, something that has helped them achieve cult status across social media. Now they face an existential crisis.

In the summer of 2018, after a winless season, the board of directors, made up of local business owners and volunteers, all stepped down. Having devoted their lives and invested significant time and money in the club for five years they had decided enough was enough. The end was near for the club that had fought so hard to gain entry to the Highland League back in 1985.

Most in the town have no interest whatsoever in their football team. Many FWFC players have to make seven-hour round trips on match day, travelling from Skye, Inverness and beyond. Shinty is the most popular game in the area and the first choice sport for most local young people, making player recruitment a huge problem for FWFC, but not their only one.

The disparity of wealth in the league could not be greater. The top teams buy players for transfer fees up to £40,000 while FWFC players receive a £20 match fee and a likely loss by a similar number of goals. There is a win bonus, but in recent years it is not something the club have ever needed to pay, perhaps mercifully for their meagre accounts. Average match attendance, at one of the rainiest but most scenic grounds in the country, is 60-70 people. This occasionally includes the odd football fanatic who has travelled hundreds of miles to see 'the worst team in Britain', a title the club's new management have high hopes of changing.

At the start of the 2019/20 season the club was handed a lifeline. A group of locals, with no previous experience running a football club, stepped in to take over management of FWFC. They want to reverse the rot and return the team to winning ways. They spent their summer putting a new team together, recruiting a manager and starting to renovate the dilapidated old clubhouse. It is a work in progress.

Despite the numerous challenges, FWFC is a surprisingly optimistic place. It is hard not to fall in love with the location and the people. There is a genuine belief the club can turn things around. What drives those involved to persevere with what many see as a hopeless, embarrassing existence? This is the question explored at the heart of the film through its central cast of characters.

As well as providing an entertaining 'warts and all’ insider's view of the workings of a struggling football club, the film explores the cast's daily lives in the Scottish highlands. Club secretary Russell has experienced psychological trauma from his work as a police officer. Club director Woody mixes football with farming a croft and catering for tourists at his holiday caravan park on the shores of Loch Eil, whilst committee member Mikey is striving to rid himself of gambling addiction to become a better single father, juggling time with the kids and working shifts at the area’s biggest employer, the local aluminium plant.

The characters represent a region defined by its picturesque location and the industries that feed off the country’s biggest mountain.

The Fort is a warm, funny and emotive portrait of a real community at work in pursuit of its passion - despite, or perhaps because of their football club's many existential challenges.

See all clips from The Fort (3)