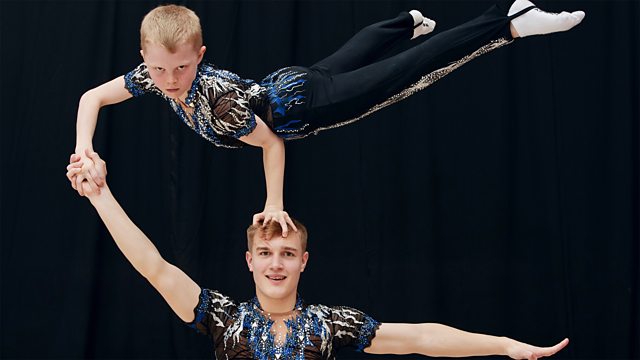 George tells his classmates about his Acro life, and the trampolinists hold a mini world competition.

Acro gymnast George has had enough of people misunderstanding his sport so decides to give a presentation to his classmates at school to let them know what it’s really like to be a world class acrobatic gymnast. Trampoline gymnast Corey returns home from the World Championships in Russia and the gym holds a mini ‘World Champs’ competition to celebrate his success.

And James and Ekraj spend some time together out of the gym where they talk about the British Championships which is just weeks away.

This is Where it Starts—Series 2