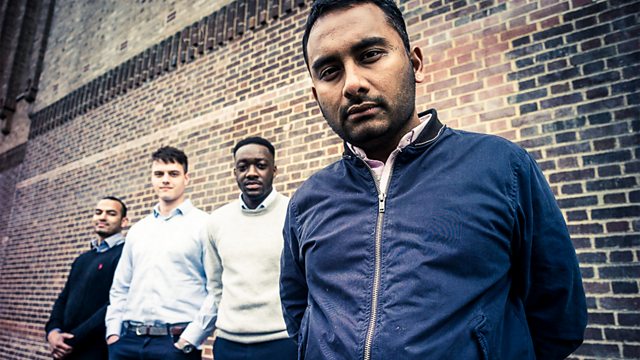 How to Break into the Elite

Amol Rajan investigates how much class still matters in Britain’s elite professions. What does it take for bright working-class youngsters to break into the elite?

Amol Rajan made it from relatively humble beginnings as the son of Indian immigrants to a career in the media that he used to dream about - becoming the youngest editor of a UK broadsheet at age 29. He wants to know how hard it will be for the next generation of young people to break into Britain’s prestigious professions. Is working hard enough? Or are your chances in life still determined by where you come from?

He spends time with graduates from very different backgrounds at that crucial moment when university ends. Amaan and Elvis are both working-class lads who have their sights set on becoming city boys, but the LSE’s Sam Friedman tells Amol that when it comes to top professions, even grads like them who have got top degrees are much less likely to get elite jobs than their more privileged counterparts. Amol learns that when it comes to city jobs, many employers are looking for candidates with ‘polish’ - which sounds a lot like being posh.

Getting into the media is a different matter entirely, but Amol finds that this industry has its own inbuilt biases against students from less privileged backgrounds. Yes, there is the classic ‘it’s not what you know, it’s who you know’, but as Leeds students Dominique and Jack are finding, the industry’s mystifying cultural codes are also providing an obstacle to many candidates from disadvantaged backgrounds. How do you master ‘studied informality’?

Amaan and Elvis don’t seem to be having much luck, and Amol seeks some insight into what city recruiters are ‘really looking for’. He is left with his head in his hands.

Amol investigates what other factors can help you break into the elite. Watching privately educated Ben perform confidently on a work experience placement while Amaan struggles in an interview scenario, he wonders about the link between confidence and class. Why would you be confident if society doesn’t validate the way you look and behave?

A personality test gets Amol thinking about his own life and fast progression to the top of his field. Acknowledging the help of mentors who fast-tracked his career, he meets his first boss Matthew Wright and asks how he got the gig. Turns out Matthew was looking for another ‘ordinary bloke’ in an industry dominated by elites. And Matthew turns out to be a bit of a class warrior himself.

Amol catches up with the graduates and is outraged by just how hard it seems to be for highly qualified-working class graduates to break into the elite.

See all clips from How to Break into the Elite (3)