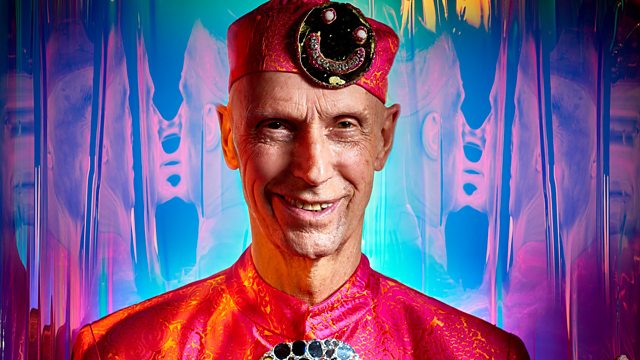 Originally trained as an architect, Logan has been one of Britain’s leading sculptural artists for over five decades. He is best known for his inventive use of found materials, primarily glass and mirrors - he has been described as the ‘Fabergé of the eighties’ and ‘The Wizard of Odd’.

In 1972, Logan began the Alternative Miss World contest, an extravagant artistic event and fancy dress pageant inspired by Crufts. Just like the dog show, contestants are judged on poise, personality and originality rather than beauty, with past participants including Derek Jarman, David Hockney and Grayson Perry.

Logan is the only living artist in Britain with a museum dedicated to him, having opened the Andrew Logan Museum of Sculpture in Wales in 1991.

In his mixtape, Andrew shares music from his friends, collaborators and inspirations over his long career, from Divine to Brian Eno and Fenella Fielding.

No Work of Words