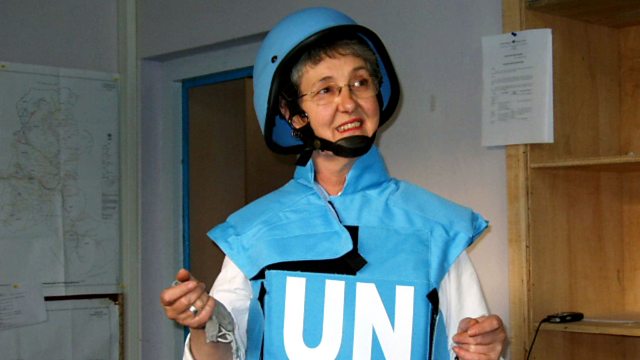 Along mountain passes and into a besieged UN-Compound, Fran - on her houseboat in Bristol - remembers how she put herself in harm's way to help bring freedom to East Timor in 1999.

Fran De’ath is a retired UN Election Organiser who now lives on a houseboat in Bristol, but the voyage of her life is extraordinary - a true story of an ordinary person rising to meet extraordinary circumstances.

She was a peacekeeper in 1990s South Africa and, in the 2000s, she de facto wrote the election law in Afghanistan, despite a suicide bomber in her office. But the work Fran is most proud of is what she did in East Timor’s independence referendum. Along mountain passes and into a besieged UN-Compound, she tells the story of how she put herself in harm's way to help bring freedom to the region, the toll it took on her mental health and the road she walked back to wellness.

Beyond the Ballot was produced by Rosa Eaton who is studying for a Masters in Radio Documentary at the University of the West of England. This winning feature was praised by the Charles Parker Award judges as a “beautifully layered, well told and edited story, with a great talker at its heart - a worthy winner.”