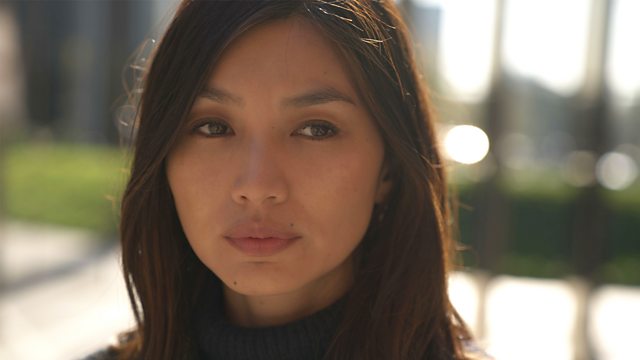 Gemma Chan on her new TV role. Rediscovering picture books. Who is Princess Haya? Plus we continue our series on your summer wardrobe stables, today, the kaftan.

Gemma Chan talks about her role in the Channel 4 drama "I Am Hannah" - a woman in her mid-thirties struggling with the pressure to settle down and start a family.

The ruler of Dubai and his estranged wife, Princess Haya, are in court this week battling over the welfare of their children. Princess Haya fled Dubai earlier this year and has been reportedly living in hiding in London. We hear from Louise Callaghan, Middle East Correspondent for the Sunday Times, who's been following the Dubai family saga for the past year, and BBC Law in Action’s Joshua Rozenberg who's been in court this week watching proceedings.

Do we take children’s picture books, lullabies and nursery rhymes as seriously as we should? The writer Clare Pollard says NO and explores in her new book
" Fierce Bad Rabbits" the stories that meant the world to her as a child and how they represent women.

And the dress historian Amber Butchart has been finding out about the history of some of the summer wardrobe staples which get shoved into suitcases every year, today - the kaftan