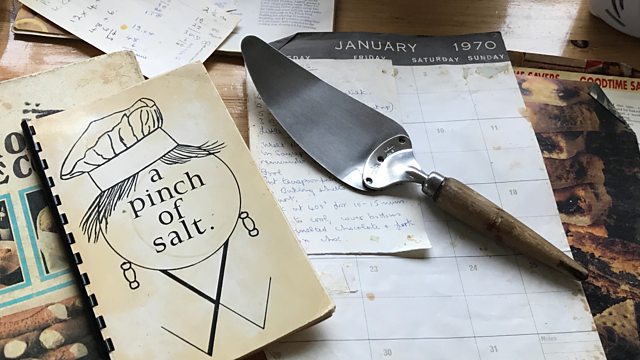 A memorial to a much-missed matriarch told through a single household object as her family celebrate the life and cookery of Audrie Guthrie, an idiosyncratic and creative mother.

The story of one family told through one object - a memorial to a much-missed matriarch as her family celebrate the life and cookery of Audrie Guthrie, an idiosyncratic and creative mother.

Malcolm Guthrie was 94 when his youngest son Bruce returned to live with him in their family home after 31 years away. This is the story of one of the untold heroes of domestic life - the daily use of something seemingly inconsequential but full of memory, meaning and symbolism to their family. Documenting the ways in which the spirits of people can so often be captured within domestic objects.

The Flapper was produced by Bruce Guthrie, an MA student in Radio Documentary Production at the University of the West of England, who recorded his father and older siblings, Fiona and Tim, during the second Christmas after the death of their mother. It’s a celebration of what the Charles Parker Award judges called her “idiosyncratic, matriarchal ways – a radio feature which acts as a way of dealing with loss as well as containing quiet joy.”