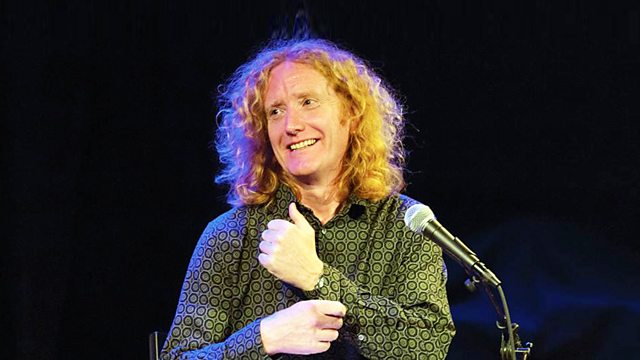 No Egos No Divas: New Poets in Irish

Despite the fact that Irish is an endangered language, poetry in Irish is experiencing a remarkable resurgence. Poet and academic Louis de Paor meets young poets defying the odds.

Despite the fact that Irish is an endangered language, poetry in Irish is experiencing a remarkable resurgence. In No Egos No Divas, Louis de Paor meets young poets defying the odds.

He meets Aifric Mac Aodha, co-editor of the bilingual anthology Calling Cards, published by the Gallery Press and Poetry Ireland in 2018, and Simon Ó Faoláin, who runs an annual festival of poetry in Irish in south-west Ireland. Marcus Mac Conghail, who seamlessly blends poetry and music, tells Louis that he sees no difference between the two.

Doireann Ní Ghríofa, a member of Aosdána, Ireland’s academy of artists, talks about the poets who have inspired her and refutes the suggestion that men are absent from the current resurgence of poetry in Irish.

Ailbhe Ní Ghearbhuigh and Caitlín Nic Íomhair share their love of other languages, in addition to Irish and English, and Séamus Barra Ó Súilleabháin shows off his skills as Ireland’s first ever All-Ireland poetry slam champion in Irish.

Louis de Paor is an acclaimed poet in the Irish language and Professor of Irish Studies at the National University of Ireland, Galway.