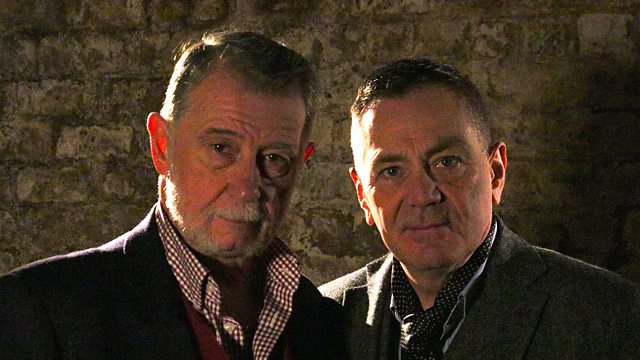 Leadin criminologist Professor David Wilson examines our obsession with serial killers and offers fresh analysis and insight into the minds of two of Scotland’s most infamous; Peter Manuel and Peter Tobin. He discusses whether or not Manuel was criminally insane and if Tobin could be the 1960s serial killer Bible John who was never caught. He talks with crime fiction author Alex Gray and conducts an in-depth interview with flamboyant criminal defence lawyer Donald Findlay QC.

Investigative journalist Fiona Walker presents a short film about the sensational 1958 murder trial of Peter Manuel at Glasgow’s high court in which he stood accused of murdering eight people. The film focuses on the moment when Manuel sacked his lawyers and took over his own defence. Fiona quotes from rarely heard court transcripts, bringing to life the extraordinary arrogance with which Manuel tried to pin the blame on someone else. Manuel, however, was found guilty and was hanged in Barlinnie Prison.

Fiona joins David in the studio and plays a never-heard-before recording of Manuel being interviewed by a psychiatrist. On hearing extracts from the recording, David is able to offer fresh insight into Manuel’s state of mind, revealing possible psychopathic traits never properly considered at the time.

David also talks to Scottish crime fiction author Alex Gray, creator of the hugely popular DCI Lorimer novels. Throughout her work, Alex has often used the serial killer phenomenon as a narrative device and she and David discuss the fiction-verses-reality serial killer trait of hiding in plain sight.

David then presents a short film about the brutal killing of Polish student Angelika Kluk at St Patrick’s Church in Glasgow in 2006. He analyses how the circumstances of her death and how her body was concealed beneath the floor boards of the church revealed that the murderer, Peter Tobin, had killed before. Further investigations revealed that Tobin was responsible for at least two other murders, but David is convinced he has claimed many more victims.

In the studio, David interviews journalist Jane Hamilton, who broke the story about Angelika Kluk’s murder and then went on to conduct her own investigation into Tobin’s past. They discuss the evidence that suggests Peter Tobin could be the infamous serial killer Bible John, who was credited with killing three women in Glasgow in the late 60s but was never caught.

David’s final guest is Donald Findlay QC, the criminal lawyer who, among many others accused of murder, defended Peter Tobin. They discuss how as a boy of seven he obsessively followed the trial of Peter Manuel and how this influenced him to become a lawyer. They cover much of Donald’s personal attitudes and commitment to his work, his belief in the necessity of the theatre of the court and why it’s crucial in law that even those accused of the most heinous of crime must have a robust defence.

See all clips from Serial Killers (2)