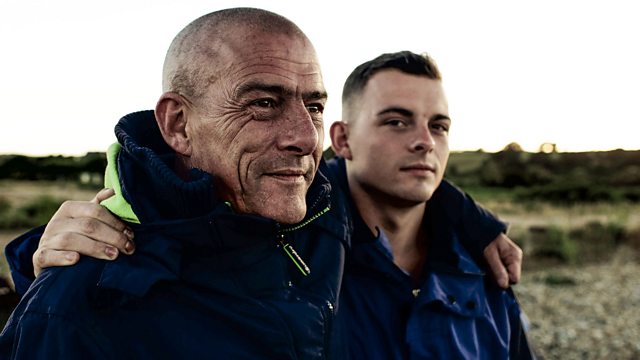 Families across the UK reveal what it means to be in work but still only 'just about managing' to survive. After losing their full-time jobs, Steve and his son now live in tents on the beach.

Our personal finances are one of the last great taboos, but while employment is at a record high in Britain, more and more working households are privately struggling to make ends meet. In this series, families from across the UK reveal what it really means to be in work, but still only ‘just about managing’.

With the cost of living rising, and one third of British workers having less than £500 in savings, this series follows nine families during a critical year as their financial future hangs in the balance.

Steve and his son Billy are casual workers from Hastings. After they lost their full-time jobs, they also lost their home. They now live in tents on the beach and winter is coming. Steve relies on zero-hours agency work, and Billy works when he can as a tree surgeon, but neither know how many hours they will be asked to work each week. Together they hope to be able to afford a roof over their heads before the weather closes in.

Ross from Port Talbot has worked full-time at the local steel works for 20years. His pay has failed to keep up with the rising cost of living and he now earns less after tax than when he started. With three children, a mortgage and credit card debt, he picks up extra shifts to help the family’s tight budget. Ross’s passion is amateur wrestling and with a big match coming up he is desperate to make his kids proud. But when you have to work every hour you are given, there is not much practice time in the ring.

Mark lives in London and once worked as successful celebrity photographer. He is now part of the gig economy working as an Uber driver. After a life of freelancing, he doesn’t have savings or a pension and retirement is a distant dream. He knows a short illness or a few points on his licence could mean losing his home. Together with his partner and kids, he faces an uncertain financial future.

See all episodes from Broke