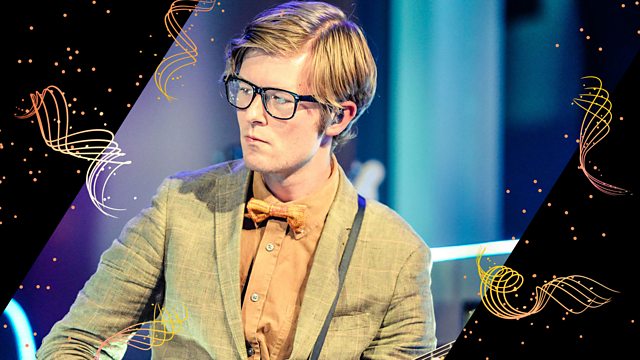 Public Service Broadcasting at The Proms

As 6 Music celebrates the 50 Anniversary of the Apollo 11 moon landings, 6 Music and the BBC Proms join up to bring Public Service Broadcasting, the Multi-Story Orchestra and London Contemporary Voices conducted by Christopher Stark live from the Royal Albert Hall

Cult London band Public Service Broadcasting makes its Proms debut in a special Late Night Prom to mark the 50th anniversary of the first manned mission to the Moon.

The electronics/instrumental outfit is joined by The Multi-Story Orchestra to perform an orchestral arrangement of their 2015 studio album The Race for Space.

Blending both acoustic and electronic performance and archive audio samples, the album explores the highs and lows of the US–Soviet space race of the 1960s, and is heard here for the first time in this specially commissioned new version.