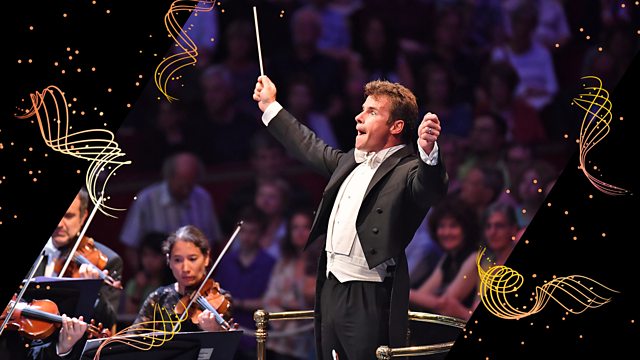 Another chance to hear Prom 2: Bamberg Symphony Orchestra, Jakub Hrůša and violinist Joshua Bell in an all-Czech programme of Dvořák and Smetana.

Another chance to hear Bamberg Symphony Orchestra, Jakub Hrůša and violinist Joshua Bell in an all-Czech programme of Dvorak and Smetana

Presented by Martin Handley at the the Royal Albert Hall, London

Dvořák: Violin Concert in A minor

With its song-like slow movement and irrepressible, folk-infused finale, Dvořák’s Violin Concerto is one of the best-loved in the repertoire. American virtuoso Joshua Bell joins the Bamberg Symphony Orchestra as soloist.

Journey through the Czech countryside in the second half with Smetana’s symphonic suite Má vlast (‘My Country’) – a colourful celebration of a nation’s landscape, castles and warriors, with the sweeping melody of ‘Vltava’ at its heart.