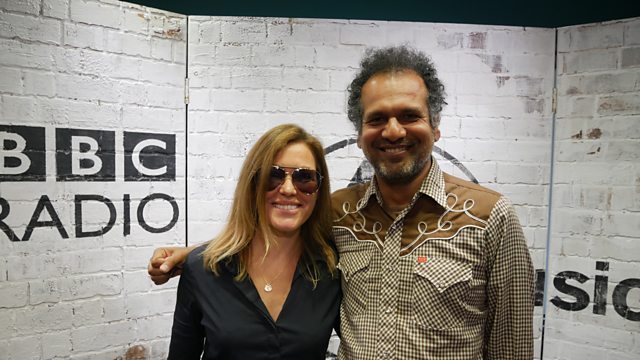 Blinded by the Light.

Cerys discusses The Stolen Moments exhibition with curator Aino Moongo. And Journalist Sarfraz Manzoor talks about the new film Blinded by the Light.

Cerys is joined by Aino Moongo, curator and researcher Thorsten Schuette. to discuss the Stolen Moments: Namibian Music History Untold exhibition.
"Stolen Moments chronicles the story of popular music from the 50s-80s, which was a time when Namibia was under South African apartheid rule and when music making in the townships and farms was one of the few ways that people were able to escape and protest the extreme political repression of the time."
The exhibition will be at SOAS Brunei Gallery from July 11 to Sept 21.

Plus Journalist Sarfraz Manzoor talks about the new film 'Blinded By The Light' - a new film based on his rite of passage memoir 'Greetings From Bury Park' that chronicles his experiences as a British Muslim boy growing up in 1980s Luton and the impact Bruce Springsteen's lyrics had on him.