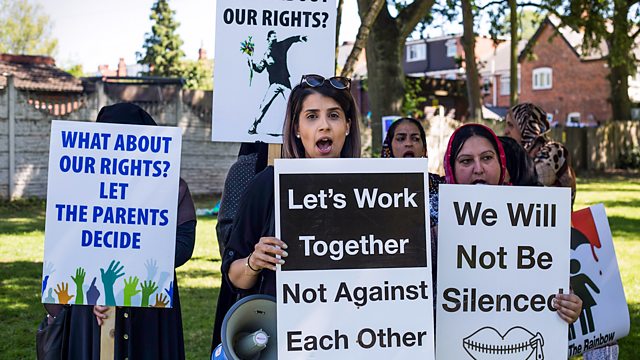 Sima Kotecha meets parents and campaigners from Islamic and other faith communities protesting against their children being taught about LGBT relationships at school.

Who should decide what our children learn about sex and relationships? Is it parents or the government? From next year, children as young as five will learn about LGBT relationships in lessons designed to promote greater tolerance in society. But in fact such classes have caused division - with conservative religious groups protesting against lessons they say ignore their belief that being gay is not allowed.

BBC Midlands correspondent Sima Kotecha meets the mainly Muslim protestors in Birmingham on the school gates, and travels across the country to hear from parents and campaigners from other faith communities who believe the secular state is ignoring their right to practice religion.