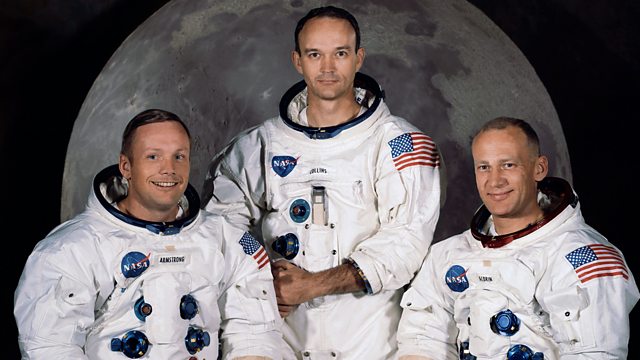 Chasing the Moon Series 1
Episode 5 of 6

As Nasa chooses which astronauts will crew Apollo 11, the Soviet Union announces that it intends to schedule a mission to the moon of its own to coincide with America's lunar landing.

After the lunar orbit, competition escalated among the training astronauts. Who would be chosen for the first moon landing? In January 1969, Nasa ended months of speculation and announced the crew for Apollo 11. Buzz Aldrin and Neil Armstrong would be in the craft that landed on the moon. They would be supported by Mike Collins in the command module. As ever, the Soviet Union loomed large over the new Nasa mission, scheduling an unmanned craft to land on the moon at approximately the same time as Apollo 11.

In mid-July, 1969, crowds flooded Cocoa Beach in anticipation of the historic launch and, on 20 July 1969, the biggest television audience in world history tuned in. Audiences watched simulations and listened to audio coverage with baited breath as Armstrong delicately piloted the lunar module, only to discover the landing site was a football field-sized crater. It forced him to hover the craft and look for a new site with just 30 seconds of fuel left. Finally, audiences heard the triumphant words, ‘The Eagle has landed.’ Mission control responded, ‘You got a bunch of guys about to turn blue - we’re breathing again.’

A film By Robert Stone.

A Robert Stone Production for American Experience WGBH/PBS in association with Arte France.

See all episodes from Chasing the Moon