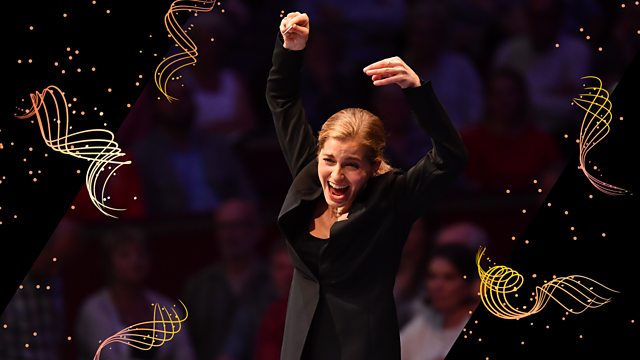 Live at the BBC Proms. The BBC Symphony Orchestra and choral forces, conducted by Karina Canellakis, in music by Dvořák, Janáček and a world premiere by Zosha Di Castri.

c.8.10pm
Interval: On the opening night of the 2019 BBC Proms, Georgia Mann and Petroc Trelawny look forward to two months of world-class music-making in the company of guests, and go backstage to chat to some of the performers in tonight's Prom.

The BBC’s Our Classical Century series concludes with a new work that marks the 50th anniversary of Apollo 11’s mission to the Moon.