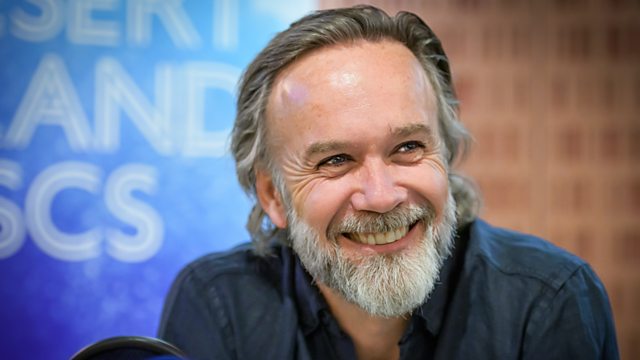 Marcus Wareing, chef, chooses the eight tracks, book and luxury he wants to take with him if cast away to a desert island. With Lauren Laverne.

Marcus Wareing is a prize-winning chef, restaurateur, TV presenter and cookery book writer, who gained his first Michelin star at the age of just 26.

He grew up in Southport, and by the age of 11 was helping out in his family’s fruit and vegetable business, which dominated his father’s life. Marcus assumed he would join the business, but his father told him to take a catering course instead, as the family firm had no future.

When Marcus was 18, he moved to London to work at the Savoy. He loved the experience of life in a high-pressure professional kitchen and was quickly promoted. In 1993 he joined Gordon Ramsay at Aubergine, creating one of the most celebrated London restaurants of the time. He went on to launch a number of Michelin star-winning restaurants, often working with Gordon Ramsay and his company, before a much-publicized falling-out.

Marcus now runs a group of restaurants in London, founded with his wife Jane, and since 2014 he has appeared as a judge and mentor on the TV series MasterChef: The Professionals.

BOOK CHOICE: A Bear Grylls Survival Guide
LUXURY ITEM: A knife
CASTAWAY'S FAVOURITE: How Deep is Your Love by The Bee Gees