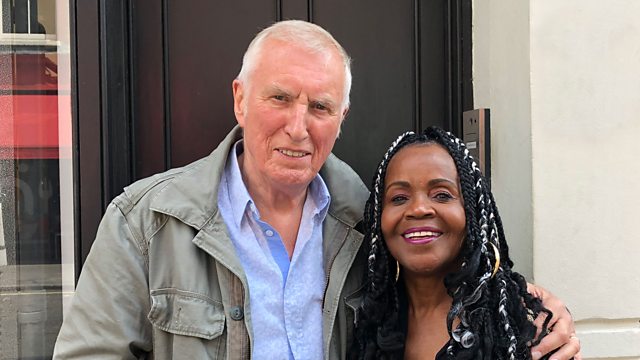 Soul singer PP Arnold remembers how her time as an Ikette with Ike and Tina Turner changed her life.

Soul singer PP Arnold remembers how her time as an Ikette with Ike and Tina Turner changed her life.

Arriving in England as an Ikette with the Ike & Tina Revue, PP was spotted by Mick Jagger who immediately convinced Andrew Loog Oldham to sign her to his "Immediate" record label. Several huge hits followed, the best-known being 'The First Cut Is The Deepest', Angel Of The Morning and ‘(If You Think You're Groovy)’. Since then, PP has collaborated, recorded, worked and toured alongside such luminaries as The Rolling Stones, The Small Faces, with her own band 'The Nice' led by Keith Emerson, Jimi Hendrix, Rod Stewart, Barry Gibb, Eric Clapton, Humble Pie, Nick Drake, Roger Waters, Ocean Color Scene, Primal Scream, KLF, Dr Robert, Paul Weller, and The Manfreds.

Also on the show Johnnie takes a look back at This Week In Music in the 70s, and adds another record to his giant virtual Jukebox.