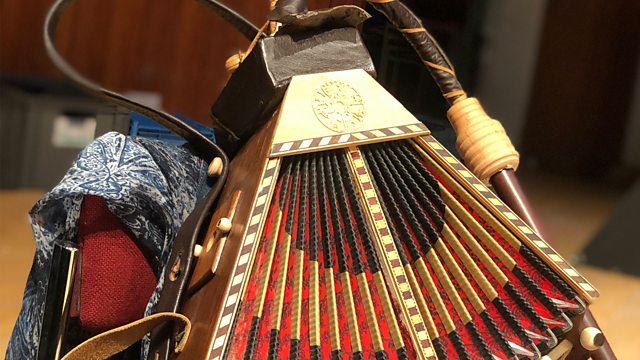 A concert of music from the time of Leonardo da Vinci given by the instrumentalists and vocalists of Ensemble Lucidarium at the York Early Music Festival.

A concert of music from the time of Leonardo da Vinci given by the instrumentalists & vocalists of Ensemble Lucidarium at the York Early Music Festival.

Leonardo da Vinci and his contemporaries considered music to be a mirror in which mathematical concepts could be applied and proven; polyphony in particular was a
field for experimentation where research brought tangible results. Leonardo’s designs for musical instruments – a combination of studied scientific improvements
and impossible dreams – still exercise a fascination over us today, even if they occupied only a fraction of his sketchbooks. He certainly knew how to sing and play an instrument himself, while his professional life brought him into close contact with some of the greatest composers of his day.

Image: a reconstruction of a piva continua, designed by Leonardo da Vinci.

Image courtesy of Guy Tudor from the National Centre for Early Music.