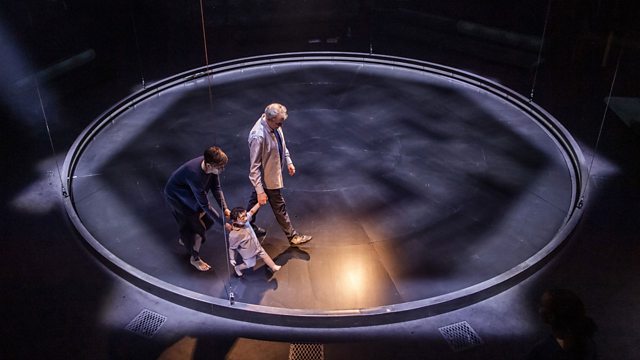 A new work from Philip Glass and Phelim McDermott, the power of knitting as protest and a huge statue of Ed Sheeran is unveiled in Moscow.

American composer Philip Glass is often cited as one of the most influential composers alive, combining minimalist, spare music with the harmonic tradition of Bach, Schubert and Mozart. Now, for the Manchester International Festival, he's teamed up with British performer and director Phelim McDermott to produce a very personal work with ten new pieces of music and ten meditations on life, death and Taoist wisdom.

In the month that Ravelry, a community site for knitters with over 6 million members, bans patterns that support US President Donald Trump, we consider the power of knitting as a political tool with Geraldine Warner, author of Protest Knits and crafter and haberdashery owner Rosie Fletcher.

How far has the representation of black women on stage changed in recent years? Martina Laird shares her experiences as an actor and tutor ahead of her talk, Standing on Shoulders, at the National Theatre.

A colossal statue of Ed Sheeran, relaxing on a green plinth in tight red shorts and shades, has been unveiled in Moscow’s Gorky Park ahead of his concert there this week. Travel writer Simon Calder reports on examples of statues of performers worldwide.

Conductor Karina Canellakis, a review of Channel 4 drama series I Am... and the director of cricket documentary The Edge

Tao of Glass is at Manchester International Festival until 20 July

Standing on the Shoulders: Black Women Actors in the UK from 1950s–1980s is at the National Theatre on 20 July
at 2 pm