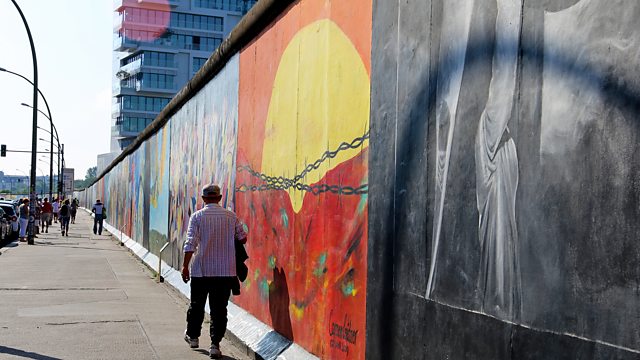 Florian Huber Promise Me You'll Shoot Yourself explores a little understood wave of suicides across Germany towards the end of the Third Reich
Sophie Hardach's latest novel called Confession with Blue Horses follows a family living in East Berlin who try to escape to the West.
Adam Scovell is a film critic and author whose new novella is called Mothlight and blogs at Celluloid Wicker Man
Tom Smith teaches German at the University of St Andrews and is a 2019 New Generation Thinker on the scheme run by BBC Radio 3 and the Arts and Humanities Research Council to select academics who can turn their research into radio. You can hear an Essay about the Stasi persecution of queer soldiers recorded at the York Festival of Idea here https://www.bbc.co.uk/programmes/p07dgydc