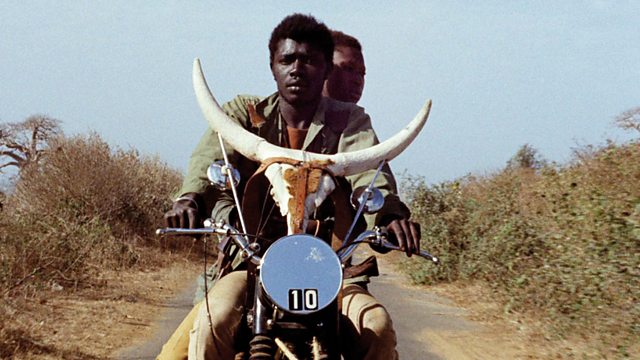 How a Low Budget Movie From Senegal Influenced Beyoncé

Touki Bouki and Beyoncé, and the secrets of screen acting with Denis Lawson.

Touki Bouki, a low budget movie from Senegal made in 1973, had a new lease of life when Beyoncé and Jay-Z paid homage to it in a famous publicity still. Gaylene Gould explains what happened and why it made it such a huge impact.

Actor and coach Denis Lawson reveals how he helped his nephew Ewan McGregor to learn the rules of screen acting with a pair of socks.

On the 25th anniversary of its release, Antonia visits the beach where Il Postino was filmed and hears from a local hotelier who tells her about the making of the film from the locals' point of view.

How Jaws Changed My Life

Touki Bouki is at the BFI Southbank on 2 August as part of the BFI's No Direct Flight season.