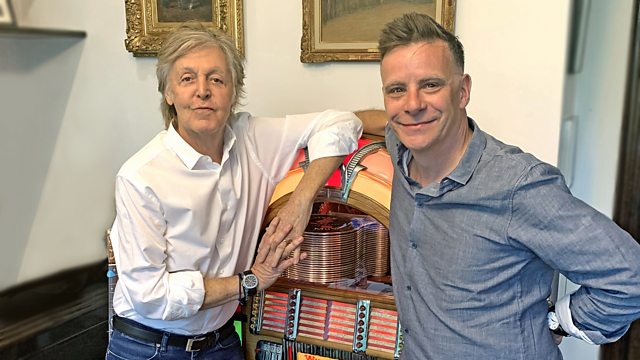 Celebrating the photography and legacy of Linda McCartney and their shared love of Scotland. Plus some of Paul McCartney's songs that were inspired by his late wife and family.

Paul McCartney celebrates his late wife's photography and their love of Scotland in this conversation with Ricky Ross. The Linda McCartney Retrospective is being shown in the UK for the first time at the Kelvingrove Art Gallery and Museum. Paul describes how their family home in Argyll and the people from Campbeltown, inspired this exhibition. Featuring some of Paul's most-loved songs that were written about Linda and the rest of his family.

Linda McCartney became a professional photographer in the mid-1960s, known for her portraits of Jimi Hendrix, The Rolling Stones, and The Beatles. In 1968 she was the first female photographer whose work was featured on the front of Rolling Stone magazine, with a portrait of Eric Clapton. She later became the first person to have been photographed and shot the cover of Rolling Stone. Following her marriage to Paul McCartney in 1969, Linda’s photographs became more intimate and emotional, exploring the natural world, family life and social commentary.