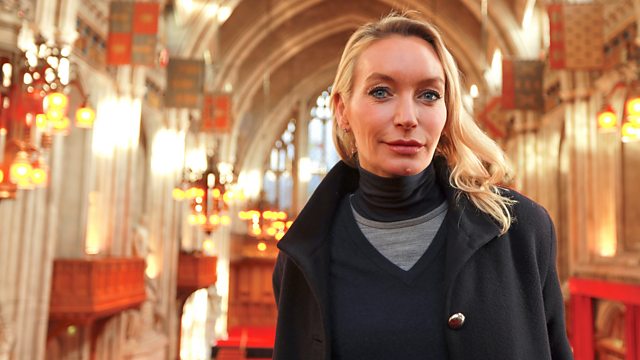 Charles I: Downfall of a King Series 1
Episode 1 of 3

Historical docudrama series. Following a Catholic uprising in Ireland, in which thousands of Protestants are killed, Parliament passes a vote of no confidence in Charles I's rule.

November 1641. King Charles I is in Edinburgh. While he is away from his capital, the leader of the House of Commons, John Pym, is plotting a move to limit the King’s power. The duel between these two men will spiral across the next weeks into an irrecoverable split across the country.

21 November: Pym dominates a stormy debate in the House of Commons over a document known as the Grand Remonstrance. It is a list of 200 complaints against Charles I. It claims he is under the influence of ‘evil counsellors’, a coded reference to the Queen – Charles I’s French Catholic wife, Henrietta Maria. In Ireland, a Catholic uprising, which has led to the deaths of thousands of Protestants, is focusing minds in Parliament.

It is one of the greatest debates in parliamentary history, lasting 14 hours. It is passed - 52% to 48%. The Grand Remonstrance - a vote of no confidence in the King’s rule - will now be presented to the King.

25 November: Charles arrives back in London. He makes a show of power and parades through the city with 500 horsemen. The King having returned, discussion turns to the rebellion in Ireland. An army must be sent to crush the Catholic rebels, but who should lead it? Pym fears the King will use the army to suppress his opponents. And Charles fears Pym will use the army to arrest his Catholic queen.

The King fights back. He issues a proclamation on 12 December ordering all MPs to London by 12 January 1642. He is confident that, with a full House of Commons, he will have a majority with which to stamp out John Pym’s faction. The clock is ticking. The deadline is set.

See all episodes from Charles I: Downfall of a King