Close menu
BBC Radio Wales
I Was There
Main content 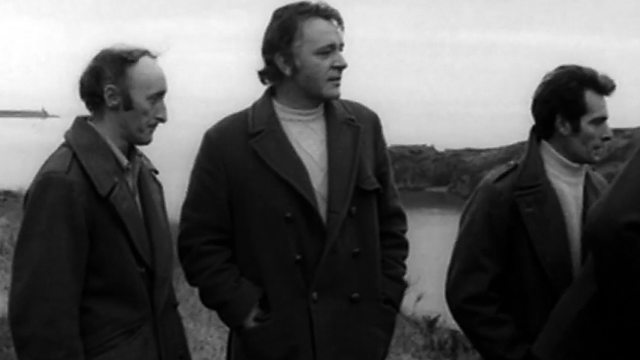 When Hollywood Came to Fishguard

Chris Stuart reunites those who could say I Was There. In this episode his guests recall the time in 1971 when Richard Burton and Peter O’Toole filmed Under Milk Wood in Fishguard.

Chris Stuart reunites those who could say I Was There at a significant moment in Welsh social history. In this episode he travels to Fishguard to recall the time in 1971 when Richard Burton, Peter Toole and their production crew descended on the town to create the first ever filmed version of Dylan Thomas’s play for voices Under Milk Wood.

In The Ship Inn – which proved a favourite watering hole for the Hollywood actors – he gathers Ruth Madoc, who was among the many Welsh actors in the cast, Hedydd Hughes who was a four-year-old extra in the film and Dylan Thomas expert Jeff Towns, who attended the premiere of Under Milk Wood and got to know its director Andrew Sinclair.

Chris also meets 96-year-old Jessie Williams who helped welcome the cast and would bring Peter O’Toole a coffee every morning as he sat on her doorstep. We hear how just about every Welsh actor of the time appeared in the film - including Ryan Davies, Victor Spinetti, Glynis Johns, Angharad Rees and Ray Smith and how Ruth Madoc shared her scenes with a young David Jason.

We also discover why Elizabeth Taylor wanted to be in Under Milk Wood and explore the camaraderie that developed between cast and crew and the people of Fishguard - the film featured locals from small children to pensioners, while their pets and farm animals were also given cameo roles.

When the National Assembly for Wales made waves across the world

See all episodes from I Was There