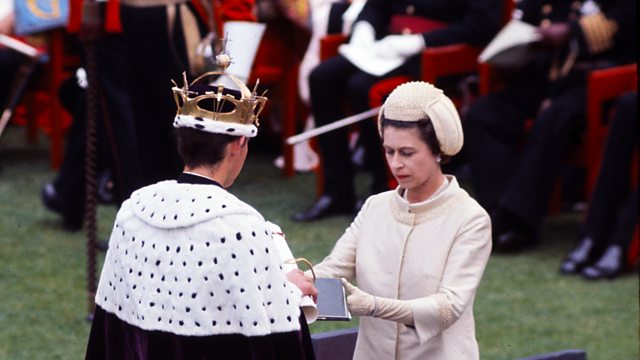 God Bless the Prince of Wales

"You knelt a boy," John Betjeman wrote upon the investiture of Charles as Prince of Wales, "you rose a man." Not his finest work, perhaps – and it's certainly a sentiment that many in Wales would have found difficult to stomach.

Take the Free Wales Army for example. Fresh from manoeuvres in Pembrokeshire and bomb training in Snowdonia, they threatened an armed rising in response to Charles's presence in Wales. Part of this insurrection included a plan to dump tonnes of manure on Charles's procession from a helicopter. The leading members of the Free Wales Army were arrested on public order and explosives charges and put on trial to coincide with the investiture ceremony.

Or take Mudiad Amddiffyn Cymru (MAC). They might have been more of a threat. MAC had already blown up four public buildings that year, attempted to blow up a monument to Charles in Holyhead and sent a letter bomb to a police officer. The group planned another four bombs on the day of the investiture ceremony. Two members of MAC were killed the day before when the gelignite they were carrying exploded. And a ten-year-old boy lost a leg when one of the bombs planted on Prince Charles's route exploded late.

The threats of violence were real and they cast a dark shadow over the Imperial pomp. A glance at the running order of Radio 4's World at One on the day of the ceremony tells its own story: bombs, guns, arrests, showtrials – paramilitary terrorism on British soil, before the rise of the Provos.

These events are dim in the collective memory of the UK, but they're important – they cleared a way for the sentiment that would lead to devolution – and they inform a politics that is still very much alive and still being played out.

The Death of the Eccentric

Voice in the Machine