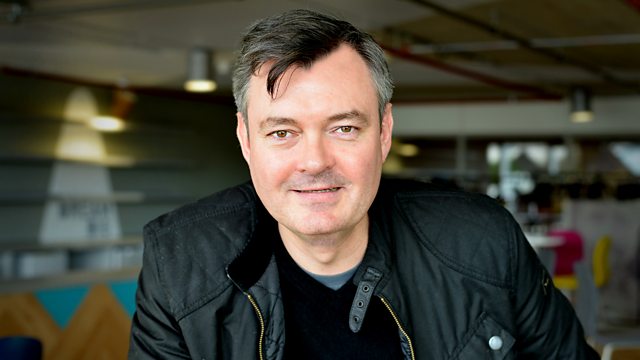 Reviews of new film releases The Dead Don't Die, Only You and Stuber, plus the new Children's Laureate Cressida Cowell and Ocean Colour Scene's Simon Fowler.

On today’s film review hour Grant and our expert reviewers will be discussing the new star –studded zombie comedy from Jim Jarmusch, The Dead Don’t Die, plus Uber-based comedy Stuber and Glasgow-set relationship drama starring Josh O'Connor, Only You.

The newly-crowned Children's Laureate, Cressida Cowell, whose How to Train Your Dragon series has entranced children across the globe, talks about her plans for the role.

And former music industry publicist Mick Houghton talks about his book Fried & Justified: Hits, Myths, Break-Ups and Breakdowns in the Record Business 1978-98. In this time he worked mainly with Echo & The Bunnymen, Julian Cope (and the Teardrop Explodes) and the Justified Ancients of Mu Mu/KLF.