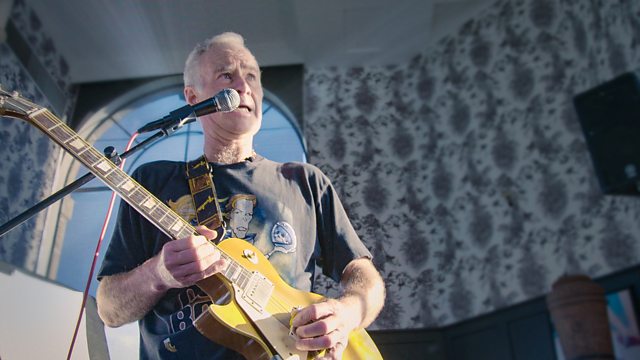 Sue Barker presents an intimate profile of one of sport’s most famous characters, John McEnroe, who is still controversial despite turning 60 earlier this year.

Sue Barker presents an intimate profile of one of sport’s most famous characters, John McEnroe, who is still controversial despite turning 60 earlier this year.

Sue travels to John’s New York home and meets his childhood friends, brothers Mark and Patrick, daughters Anna, Ava, Ruby and his wife Patty Smyth (the American singer and songwriter). Along with his greatest rival and close friend Bjorn Borg, they all help to unravel the contradictions of the man who could be number one in the world and at the same time public enemy number one.

With unique personal access, Sue witnesses at first-hand the mystique of the dad, husband, coach, rock-star, art dealer and broadcaster. She visits John’s art gallery, attends one of his jam sessions and gets an insight from his rock-star buddy Chrissie Hynde into his passion for music.

This is a man who has become far more than a tennis player, yet at 60 he is still competing, the oldest man on tour. A man at a crossroads in his life, he’s on the brink of retiring from tennis. Sue presents another side to the man who took Wimbledon by storm, shocking and delighting in equal measure, and is still as “seriously” unpredictable as ever… and a man who eventually won the hearts of Wimbledon.