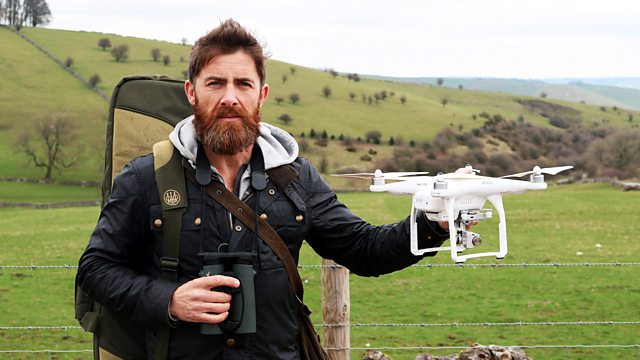 In the wake of the Gatwick drone crisis, high-risk specialist Aldo Kane investigates the threat drones pose to UK skies and tests the new technology we can use to keep ourselves safe.

Drones are transforming our world. We use them to deliver our medicines, clean our skyscrapers and even fight fires. But there is a dark side to this airborne revolution, from a shocking rise in drone-plane near misses above our heads to last year's sustained drone disruption at Gatwick – Britain's second largest airport – that ruined the Christmas plans of 140,000 people and cost millions.

In this documentary, high-risk specialist and former Royal Marine Aldo Kane sets out to investigate the scale of the threat drones pose to our airports and skies – from rogue hobbyists to determined terrorist attacks. He explores what technologies are out there that governments and the aviation industry can turn to, to keep our skies safe.

Aldo begins his journey by examining the dangers drone collisions pose to planes. He travels to one of the UK's leading impact test facilities to join a team firing drones into a plane wing at 250mph to simulate a mid-air impact and assess the damage. He then uncovers a heart-stopping drone-plane near miss that took place over the skies of London.

Next Aldo investigates the science behind new technology leading drone manufacturers are implementing into their machines to try and keep drones and planes apart. But we see this is far from a fail-safe solution – especially if the drone operator is determined to cause trouble.

Aldo searches for a way to remove dangerous drones from the sky and explores the technological options available. From the crude - shooting a drone down with a high-calibre sniper rifle - to the sophisticated - a cutting-edge radio frequency detection system being trialled by London Southend Airport.

But it is not just rogue hobbyists that we need our drone systems to defend us against. Aldo meets terrorism expert James Rogers to discover how organisations like ISIS are increasingly weaponising drones and how fast-evolving drone technologies – like FPV (first person view) drone flying – are exceptionally difficult to counter. He then hears harrowing evidence from British fighter Macer Gifford, who describes the first-hand experience of coming under daily attacks from ISIS drones in Syria during the battle for Raqqa.

Fortunately, in the UK we have sophisticated military-grade counter-drone technology available to battle a potential weaponised attack. Aldo trials one version of a defence system that was used by the RAF during the Gatwick crisis. We see how its pinpoint electronic jamming attack can remove a drone from the sky in seconds.

But even this technology might not be enough to keep us safe in the future, as drone technology continues to advance. Aldo heads to Philadelphia to meet a company developing a new generation of 'smart drones', and he puts this amazing tech through its paces. These intelligent drones fly fully automatically, mapping their surroundings and making their own decisions. This means they don't rely on an external operator signal for control, and so they can’t be stopped by jamming-based defence systems.

For the last leg of his journey, Aldo heads to Dallas to test out a high-powered laser mounted on a highly mobile dune buggy that can literally melt drones out of the sky. It is one of the few defence systems that could combat the futuristic threat of fully automatic drones. Will we one day be seeing systems like this rolled out around the UK’s airports and other vulnerable locations? And who is going to pay for it?

See all clips from Britain's Next Air Disaster? Drones (4)