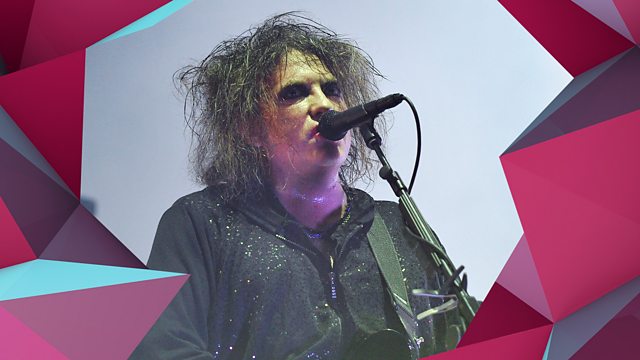 Jo Whiley, Edith Bowman and Mark Radcliffe introduce an epic, hit-filled set from The Cure, who are celebrating 40 years of their dark but glamorous pop with a fourth headline set on The Pyramid Stage following their debut back in 1986.

The build–up to The Cure includes more dark dream pop from rising teen star Billie Eilish and her debut album When We All Fall Asleep, Where Do We Go?, who also features on BBC Four earlier in the evening, and a short film presented by James Ballardie introducing the Langa Methodist Church Choir, who open proceedings on the Pyramid Stage Sunday morning on their first visit to the UK from Cape Town, South Africa, after Michael and Emily Eavis met them on a charity-led visit and promptly invited all 40 of them back to the festival.

Following The Cure there are highlights from The Streets on the John Peel Stage, young singer-songwriter Rex Orange County at The Park and a look back at an epic weekend of music, arts and mayhem.

May contain some strong language.

The Cure Live from Glastonbury—2019