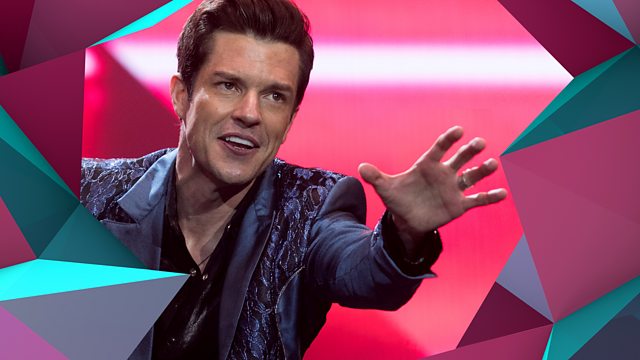 Edith Bowman and Huw Stephens introduce the live Pyramid headline set from The Killers. And there are highlights of Liam Gallagher’s set and an intimate performance from Mark Ronson and Yebba.

Edith Bowman and Huw Stephens introduce ringside action from Saturday night at Worthy Farm as the festival hits its stride with the live Pyramid headline set from Las Vegas’ rock ‘n’ roll band The Killers returning to the festival for a fifth time following their surprise appearance at the John Peel Stage in 2017. Led by charismatic frontman Brandon Flowers and drummer Ronnie Vannucci Jr and with a catalogue of radio anthems from across five albums, The Killers are one of the defining rock bands of the 21st century and after sound problems dogged their 2007 set they have unfinished business in Pilton.

The Killers’ performance is preceded by highlights of Liam Gallagher’s set as he returns to the fray with glam-flavoured stomper Shockwave, that seems to take a pop at you know who. Gallagher’s set concludes on BBC Four, while there is an intimate performance from the heartbroken DJ/producer/composer Mark Ronson with his latest vocal discovery, the prodigious Yebba.

Following The Killers expect highlights from Glastonbury favourites Hot Chip at The Park. James Ballardie reports from the late night madness at the brilliantly renovated Block 9 along with acoustic performances from rising London-based Afrobeat collective Kokoroko and introducing the Bob Dylan-influenced Kenyan singer-songwriter JS Ondara who moved from his homeland to Minneapolis to follow his dreams and has just released his acclaimed debut album Tales of America.

The Killers, live from Glastonbury—2019