BBC Four
The River: A Year in the Life of the Tay
Main content 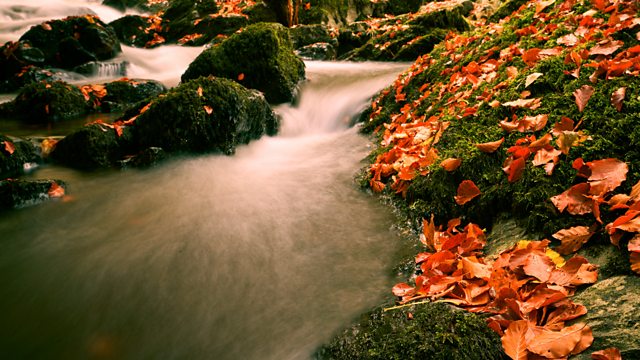 The River: A Year in the Life of the Tay

Writer and naturalist Helen Macdonald traces the dramatic journey of Britain’s greatest river, the Tay, over an entire year. Mixing natural history, cutting-edge science and historical biography with a spectacular travelogue, the film is a celebration of our largest river as it transforms from melting Highland snow to a vast torrent flowing into the cold North Sea.

Following the river’s course from Ben Lui in the west to Dundee in the east, Helen explores the Tay’s magical landscapes, encounters its rare and beautiful wildlife and traces the epic lifecycle of its iconic Salmon population across four spectacular seasons. Spring’s mountain glens reveal hardy lifeforms, honed for life in rushing water, from the Dipper, the world’s only swimming songbird, to a mayfly nymph that mimics the shape of a racing car’s aerofoil to withstand fast-flowing streams.

Helen continues her travels with a visit to the remote Tay tributary, whose riverbed rocks led to an 18th-century man of science, James Hutton, becoming the first person to fully grasp the Earth’s true age, sparking the ‘heretical’ concept of deep time. As spring moves into summer, Helen studies a newly introduced wild Beaver colony to see how this controversial returnee is transforming the Tay’s landscape. She also takes a fascinating look at the microscopic life that fills the sun-drenched waters in a lab where these tiny green algae are helping to answer one of life’s great questions: how multicellular bodies like ours first evolved.

Autumn’s cooling air creates darker, richer waters as the Tay’s riverside trees shed millions of leaves. This huge influx of nutrients threatens to upset the delicate balance of the river’s ecosystem. But Helen meets an unlikely saviour: the unassuming freshwater pearl mussel. As winter starts to grip, Helen’s journey reaches Perth, the point where the river begins to mingle with the sea. In the brackish water downstream lies the UK’s largest reed bed, a sanctuary for one of our rarest birds, the bearded tit, a wonderful example of man and nature working together to support each other. As the river finally becomes the North Sea beyond Dundee, Helen reflects on the extraordinary legacy of local polymath D’Arcy Thompson, whose insights a century ago revealed how simple mathematical rules can explain the complex beauty of the natural world.

Interwoven with Helen’s journey downstream is the story of the Tay’s most iconic species: Atlantic salmon. The majestic king of Fish has suffered a rapid decline in recent decades. Helen will meet the river guardians striving to save these wonderful creatures, and the scientists using new technology to solve the mystery of why they are disappearing. More than just the Tay’s stunning natural and geographical highlights, Helen also seeks to understand how rivers enter our imaginations. The story of the Tay interweaves history and nature, human endeavour and misadventure, and ultimately captures how the fine balance of our complex lives is reflected in its constant winding silver thread.