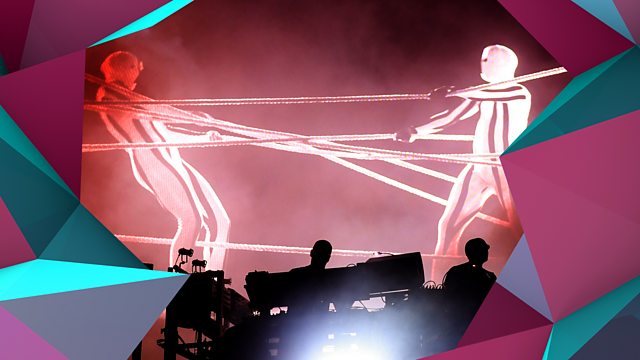 Hip-hop collective, Wu-Tang Clan, take over the West Holts Stage. The Chemical Brothers close the day's sets on the Other Stage.

Lauren Laverne, Gemma Cairney and DJ Target introduce the bulk of the headlining sets from the stunning visuals and block-rockin’ beats of DJ duo The Chemical Brothers at the Other Stage while Staten Island legendary hip-hop collective Wu-Tang Clan take over the West Holts Stage.

Festival faves The Chemical Brothers will be headlining the Other Stage for the fifth time and bring a new audio-visual spectacular to drive tunes from their ninth studio album, No Geography, alongside back catalogue classics and the odd guest vocalist including Norway’s Aurora.

Wu-Tang Clan broke hip-hop wide open with their iconic 1993 debut album, Enter the Wu-Tang (36 Chambers), and feature a collective approach to the genre as they continue to tour with veteran members Ghostface Killah, RZA, Raekwon and more as they bounce off each other on the mic.

The Killers, live from Glastonbury—2019