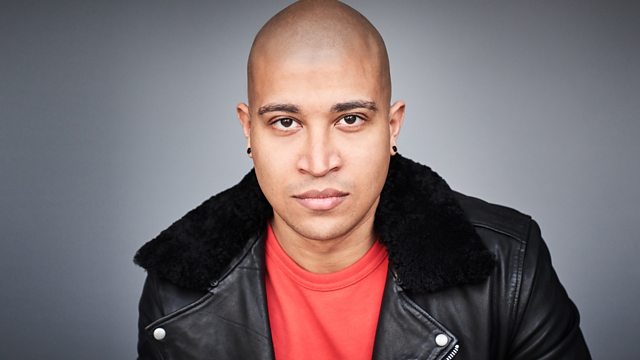 Tom talks to Daniel Kidane on his Russian and Eritrean roots, as he prepares his commission for the Last Night of the Proms, and to Erika Fox, a refugee from Nazi Austria.

Tom Service talks to two UK composers with fascinating backgrounds: Daniel Kidane, of Russian and Eritrean roots, whose new piece 'Woke' will receive its premiere at this summer's Last Night of the Proms, and Erika Fox on being a refugee from Nazi Austria, growing up in Britain.

What do jazz and blues have in common with 17th-century baroque music? Tom visits the Whitechapel Gallery in London in the company of the Turner Prize-nominated artist Helen Cammock to find out how she managed to connect these genres in her work through a sense of loss, mourning and lament. Also with Tom and Helen at the exhibition is the conductor, harpsichordist and early music specialist, Christian Curnyn.

And what is Audio Diversity? Tom talks to the composer Andrew Hugill about a project involving concerts and conferences, responding to the idea that not everybody hears in the same way, and that this needs to be reflected in the concert hall and beyond.

AI and the future of music