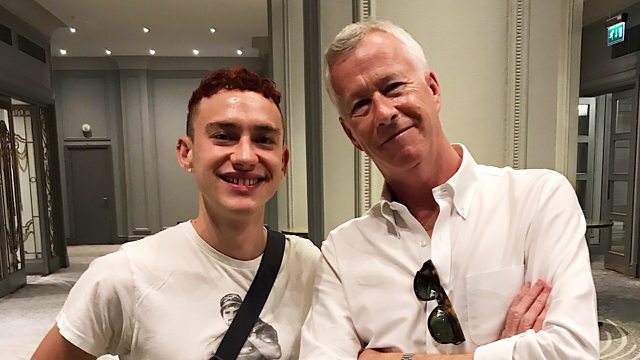 In the week of Pride and following his Glastonbury speech about LGBTQ rights, Olly Alexander of Years & Years talks about writing lyrics that are overtly about gay relationships.

William Feaver marks the life and work of renowned artist Leon Kossoff, known for his lyrical and energetic paintings of London life. His death has been announced at the age of 92.

Years and Years album Palo Santo is out now.

Image to the left: Olly Alexander onstage with Years and Years at Glastonbury 2019, when he made a speech calling for LGBT Rights and equality for all.