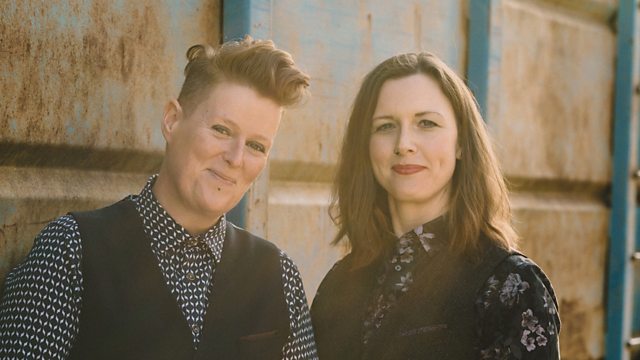 Folk duo O'Hooley & Tidow and Gentleman Jack; are children's services broken? - a new report suggests they are; and reports of historical FGM in white conservative US communities.

A new report by the Children’s Commissioner for England estimates that there are 2.3 million children in England growing up with a vulnerable family background and half of these children receive patchy or no support at all. What needs to change to improve the lives of vulnerable children and have children fallen down the political agenda? Jenni speaks to Rachel Dickinson, President of the Association for Directors of Children’s Services, Alka Dass, a mother fighting cuts to children’s services in her area and to Neera Sharma, Head of Policy from the children’s charity Barnardos.

O'Hooley & Tidow are an English folk music duo from Yorkshire, consisting of Heidi Tidow and Belinda O'Hooley. They have been performing together for ten years, and have released seven albums. Their track ‘Gentleman Jack’ features as the closing music on the BBC’s drama series of the same name. They'll be talking about their music and performing live in the studio.

According to UN data an estimated 200 million girls and women worldwide have undergone Female Genital Mutilation. The internationally condemned ritual, which typically involves the partial or total removal of the external genitalia, is most often associated with a swathe of African countries, as well as parts of the Middle East and Asia. In the United States more than half a million girls and women from diaspora communities have had or are at risk of FGM. But in the last couple of years several women from conservative white communities the US have gone public with their stories of having this done to them. We hear from two of them.

The women in line to lead the EU