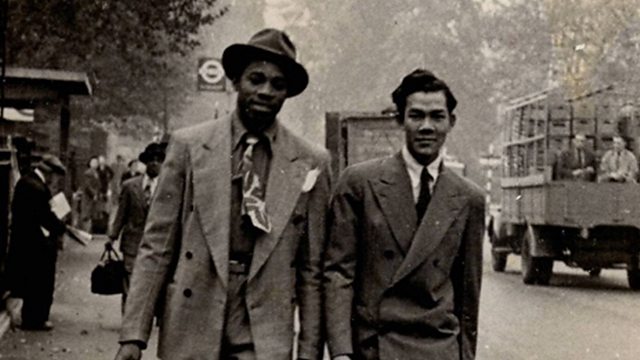 A new poem by Hannah Lowe exploring the life of her Jamaican Chinese father and grandparents.

In a new poem for Radio 4, Hannah Lowe explores the mysteries surrounding the lives of her Chinese Jamaican family.

The term 'borderliner' was once a derogatory term for having mixed heritage. "Between 'bi-racial' and 'bounty,'" Hannah writes, "I find the label 'borderliner' which the dictionary tells me, means uncertain or debatable." Using this term and its troubling history as the basis for a new poetic form, the poem reflects on borders and borderlines, both physical and psychological.

Drawing on half-memories and imagined images from her family history, Hannah Lowe re-creates moments from the lives of her Jamaican Chinese father who came to the UK by ship in 1947 and became a professional gambler, her Chinese grandfather who moved to Jamaica as a legacy of indentured labour in the Caribbean, and most elusive of all the mystery surrounding the life of her Jamaican grandmother of whom she has only one photograph.