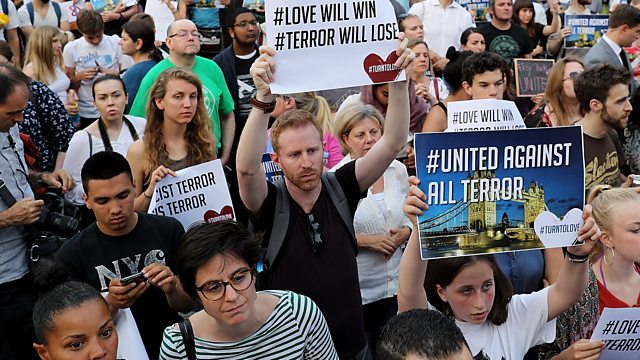 Understanding the risks of terrorism

With unprecedented access to the work of MI5, Dominic Casciani asks how the security services, business and the public should perceive and respond to the threat of terrorism.

How do the authorities, business and the public perceive and respond to the risk of violent terrorism?

With unprecedented access to the work of an active MI5 officer, home affairs correspondent Dominic Casciani discovers the depth of the challenge facing the security services. Just how do MI5 operatives go about filtering hundreds of weekly tip-offs into a few key leads? In a world of online radicalisation and increasing hate crime, how can they prioritise those that pose a real and immediate threat to the public, and avoid wasting resources on red herrings and keyboard warriors?

He also hears from:

Would we be safer if we knew more about the threats that face us, or should we be kept in the dark?