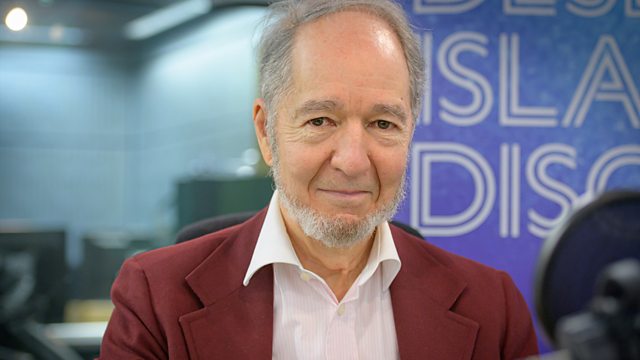 Jared Diamond, academic and Pulitzer Prize-winning writer, chooses the eight tracks, book and luxury he would want with him if cast away to a desert island. With Lauren Laverne

Jared Diamond is Professor of Geography at the University of California, Los Angeles, although his interests and expertise range far wider, from physiology to ornithology, history to ecology and from anthropology to evolutionary biology. His 1997 book, Guns, Germs and Steel, asked why Eurasian civilizations prospered and conquered others. It won a Pulitzer Prize and has sold more than a million copies around the world.

He was born in Boston in 1937 to a physician father and a mother who was a teacher and a concert pianist. She taught him to read when he was three and he also learned to play the piano and developed a love of languages. Thinking his professional life would be in science, he decided to focus on the humanities at school, including Latin and Greek. After graduating from Harvard, he moved to England to pursue a PhD in physiology at Cambridge and became an expert on salt absorption in the gall bladder. He returned to the USA, and then his travels took him to New Guinea where he developed a passionate interest in ornithology and a lifelong love of the island which he’s continued to visit for the past 50 years.

He has learned 12 languages, speaking several of them fluently, and has published six books and hundreds of articles. His most recent book, Upheaval, examines how nations cope with crisis and change.

Jared lives in Los Angeles with his wife Marie, a clinical psychologist. They have grown-up twin sons.