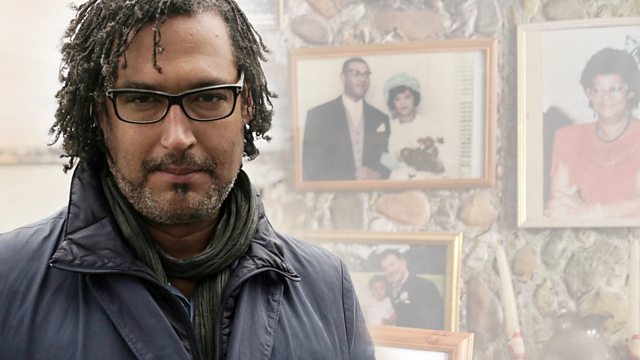 The Unwanted: The Secret Windrush Files

How black immigrants who made Britain their home came face to face with the government's 'hostile environment'. David Olusoga exposes the secret files behind the Windrush scandal.

David Olusoga opens secret government files to show how the Windrush scandal and the ‘hostile environment’ for black British immigrants has been 70 years in the making.

The film features Sarah O’Connor, Anthony Bryan and Judy Griffith. Settled here legally since childhood, they were re-classified as illegal immigrants by new ‘hostile environment’ regulations. Unable to show proof of their nationality status, they lost jobs, savings and their health, facing deportation back to countries they could barely remember.

David reveals how today’s scandal is rooted in the secrets of the past. The first Windrush generation were Commonwealth citizens - many of them ex-servicemen - coming to rebuild war-torn Britain. Yet even before arriving, they were viewed by the government with hostility. Civil servants and MPs warned of dire consequences if what they called a ‘coloured element’ was introduced into the UK. PM Clement Attlee even suggested diverting the Windrush passengers to east Africa - to pick peanuts.

The same government was actively recruiting tens of thousands of white volunteer workers from Europe - some of them former members of Waffen-SS regiments which stood accused of war crimes on the Eastern Front - for ‘permanent settlement here with a view to their inter-marrying and complete absorption into our own working population’. The files expose how successive British governments spent the next decade trying to devise a way to prevent further Caribbean arrivals without appearing to discriminate against them. PM Winston Churchill, dissatisfied with ministers’ response to what he saw as a serious problem, kept the issue on the cabinet agenda and a special Working Party was set up to gather information to make the political case for immigration controls. Two weeks after the Queen’s coronation as head of the UK and Commonwealth, a secret race survey was undertaken and completed, looking for proof that Commonwealth immigrants were a burden on the welfare state. Chief constables in major cities were asked if ‘the coloured community as a whole, or particular sections of it, are generally idle or poor workmen’, and if they were ‘addicted to drug-trafficking or other types of crime’. The Working Party found no evidence for the view that the ‘coloured community’ was less law-abiding or hard working than other Brits.

When Harold Macmillan’s government introduced the 1962 Immigration Act, its control mechanism was the employment prospects of would-be immigrants. The files show how home secretary ‘Rab’ Butler, described the ‘great merit’ of the scheme was that it ‘can be presented as making no distinction on grounds of race or colour’, but would, in practice, ‘operate on coloured people almost exclusively’. By that time, Caribbean immigration had shrunk to a fraction of earlier levels. But, fearing further restrictions, the Windrush generation now arranged for their children to come. The ‘children of the Windrush' had full legal rights to join their parents in the UK, and many arrived with little paperwork or official record keeping.

Successive governments passed new immigration and nationality legislation, often in response to perceived ‘problems’ or ‘crises’. Harold Wilson rushed through the 1968 Immigration Act, in just three days to stop arrivals of thousands of passport-holding British-Indians living in Kenya, whose businesses and livelihoods were threatened by its government. Edward Heath’s 1971 Act tried to restrict the legal definition of ‘Britishness’. It also placed the burden of proof on the claimant should their Britishness be challenged - a fateful clause for the ‘children of the Windrush’.

Throughout the multiple changes to immigration and nationality law enacted up to 2014, the nationality status of the ‘children of Windrush’ remained unchanged and unchallenged. As British citizens with full legal rights to live here, they put down roots, pursued careers, raised children and grandchildren and contributed in ways great and small to the creation of modern Britain. But with the introduction of the so-called ‘hostile environment’ legislation of 2014 and 2016, their situation changed. Though they were never the intended targets of the new laws, the hostile environment machine that evolved over the decade wasn’t designed to make allowances. Suddenly required to prove their status (due to the 1971 Act), Sarah, Anthony and Judy found themselves unable to show the levels of proof demanded by the new ‘hostile environment’ regulations. All three lost their jobs for up to two years and ran up debt trying to make ends meet. Anthony was arrested twice by Immigration Officers and held for weeks in detention centres. Then a ticket was bought to deport him to Jamaica, a country hadn’t seen since he left, aged eight, in 1965. ‘They broke me in there,’ Anthony says. ‘It was hard.’ Judy Griffith, still struggling to repay her debts, says: ‘It makes you question the whole, what is British? What is Britishness?’